Oh my goodness another Kru drama!

Another "Drama" from "Kru!" 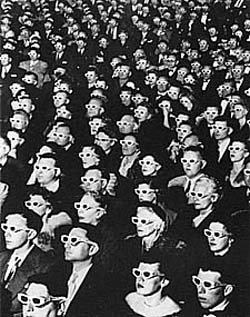 The last two weeks were full of congresses (ISGE in China and PAX in Belgium). Plenty of discussions with other surgeons were important for me and the future of adhesiolysis concepts.
("Kru" did lose the election of officers in the Pax meeting, boo hoo!)

Having seen the „power of Internet“ in both ways, positive and negative, I got to understand that there are many things which are essential, others not.
(Keeping this post on his proffesional level, "Kru" continues)

For those reading the “to bad to be true” - slander sites about me, I will leave up to you to continue or not. 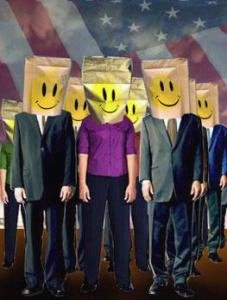 For others, just some information: The slanderous campaign, started 2003 via the Internet, broke down all the infrastructure that was built-up for international patients since 2000 in Seligenstadt and ruined myself financially and so destroyed the possibilities for many patients to find help in effective surgery. Personal and emotional issues of some woman, that call themselves IHRT were out to destroy me since 2003. The reasons for their agenda still remains unclear.

(I am innocent, I tell you, INNOCENT of everything!)


They might have taken all my financial ressources, they might have destroyed many things I was working for and also many relations-ships I had in the past, but they can’t take my knowledge, my hands and my brain. Basically their agenda, that started 2003 on the www.adhesions.org website and they were out to destroy me, basically failed.

(Basically failed...no functioning web site, reduced to "teleconsulting", no viable contact information for patients, no kliniks to perform surgery in, no money, no family, no finances, no car, no home, no income (other then Michi) no friends, hiding out like a rat, no abdolift, orther then THAT, "Kru" is doing fine! We are glad to hear that things are not as bad as he proclaims we created for him! IHRT will try harder!)

I didn’t do anything bad or criminal, I only (because of them) made bankrupt.
(IHRT seems to be VERY powerful, so watch out!)

I didn’t promise anyone miracles and a 100 % cure.
(All "Kru" did was make these claims after EVERY second look surgery on ALL of his patients, then he posted those claims in his web site, that's all he did! No promises, BUT he did give guarantees of 100% cures from his adhesiolysis procedure, ONLY "Kru" gave those things and that is why he stood out among his peers!)

Which intelligent indivdual anyway, having passed reccurent surgeries with no help, was here to await a 100 % cure.
(So, "Kru" is saying the rest of you are, what, dummies who had higher expectations from HIS surgery, no matter what you were told by HIM or his "crew," you should have known better!
What's the matter with you people anyway!! He says he got you didn't he, is he indicating in this post that his patients were "dummies?)

I filled out an informed consent with every patient prior to surgery and explained the risk and potential outcome of the surgery. Some with extreme adhesions were told from the begining that the surgery might not resolve their pain from adhesions in one procedure, even if we might have decreased adhesion in a high grade.


(Oh really, "Kru?" You did this after they arrived in Germany in response to all you ands your "crews" bullcrap promises! And, after you had thier cash in your pocket! Good timing on being upfront and honest with your patients!)

The understanding for the word „success“ is completely different from the surgeon’s view and from the patient’s view. The surgeon defines a reduction of adhesions without adhesions reformation as a success, whereas the patients defines succcess as reduction of pain or complete painfree status. That is never the same.
(NOW he tells his patients THEY misunderstood what HE was saying because their view of the 98% to 100% claims of "success's" HE made were not what THEY thought the claims meant. Okay, NOW we got it, yeah, now we understand what you mean here...you cheezy, lieing scoundral! Trying to put the blame on the patients in an attempt to sell yourself to another German Klinik and harvest more "stupid, ignorant patients," as this IS what your charging your patients as being in this post, isn't this correct, Kru?")

The adhesions disease is a very complex one and one can’t await a „miracle“ healing in one surgery, whereas plenty surgeries faild completely.
(So NOW you heard it from the "freaks" mouth! Patients to Kruschinski will now have more then one surgery, without the abdolift as he no longer uses that procedure, and as long as the patient can secure the facility in which "Kru" can do a surgery, and more then one surgery on each patient, and pay cash upfront as he cannot collect from the German government, your good to go!)

So we might continue to learning and the more experience we all have, the more benefit patients can achieve in tha battle against ARD.So the new start consists of looking into integrating three new locations (Hannover, Braunschweig and Stuttgart) into EndoGyn’s surgical network.
(IHRT suggests you contact the following Kliniks regarding Kruschinski as see what you type of information you get on scheduling a susgrrey with him there:
"Braunschweig in the Klinik am Zuckerberg"
Telefon: 0531 / 26 33-0Telefax: 0531 / 26 33-100
OR email: "Apollo Klinik" at info@apollo-klinik.de)

It took some time, but the results are excellent and so we are starting on October 2nd, 2006 the first surgical day in Braunschweig in the Klinik am Zuckerberg http://www.endogyn.de/index.phpseite=endogyn&sprache=en&a=EndoGyn&b=Locations&c=KlinikZucker&session
=FigvvBD2SwcHqIIONnmiyETl8R
on 3 international patients (UK, Austria and Italy).
( IHRT calls "Kru" on this one, as it is so far from the truth it doesn't even make any sense! What procedure did you use is these surgeries, "Kru"? Abdolift? )Laporoscopy?
Open surgery?
Who assisted with these surgeries, "Kru?"
Who are the "WE" in your statements "Kru?"
What is the costs of these surgeries now Kru?"
Why doesn't any of the phone numbers listed in Endogyn for you viable, "Kru?"
Why does Mrs. Lotts say you are NOT available for contact any longer "Kru?"
Why did you leave Rotthalmünster-AyurSan in such a hurry, "Kru?"
Why are you not doing surgery at the "Emma" in Seligenstadt? You said you could return there anytime you wanted to, right "Kru?"
Where are people staying when they arrive for your surgery at the following Kliniks in Hannover, Braunschweig and Stuttgart, "Kru?"
Where are the pictrures of these patients eating if they had surgery yesterday? Problems with thier surgeries, Kru?"

'Kru," your so full of crap that almost anything you say is totaly unbelievable and is 100% false! YOU have not performed a surgery in two months! You have NOT had patients from other countries within the past two months, nor do you have them today! You are NOT performing surgeries anywhere in Germany, nor anywhere else in Europe!

The 'almost' part of what you say is that You ARE bankrupt, but even in that your only 1/2 honest! It is not due to IHRT, but to your own spedning frenzy and gluttoness! Nothing more, nothing less!
You lie, cheat, spend, whine, drink, act crazy in public, exploit patients, take advantage of everyone you so much as breath on, which from an achoholic, is not a pleasent experience anyway, you change locations more then a gypsy, and for lots of the same reasons, you are unethical, unskilled, and a loser!
This complete post is a ruse, is not on the German message board as they can easily reach these facilities to ask questions, and "Kru" thinks the Germans who go to his web site are so ignorant they would never read anything on the English board, but he is SO wrong!
~~~~~~~~~~~~~~~~~~~~~~~~~~~~~~~~~~~~~~~~~~~~~~~~~~~~~~~~~~ 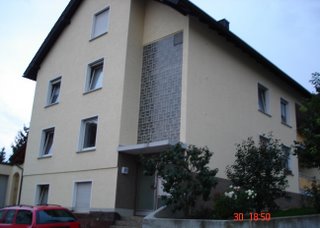 IHRT feels sorry for your family, and how sad they are to have to hear what you are really like! But they do hear it....as there are "spys" in Germany!
(More on this in the near future...)

Ever notice how your new beagle looks at you? He may be "smooching" with Michi, but he is watching YOU! 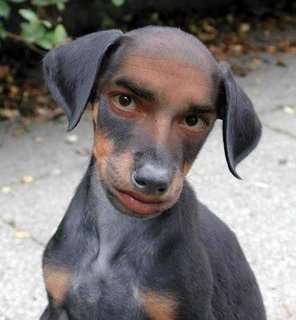 DON"T thank-IHRT, "Kru" as it is our pleasure to serve!


So, one last question...what ever happened to " Kru's crew?" You know, your "Kruschinski support group!" Karen, Sally, Jan, Lisa, Caroline, Connie, Leiza and ran when the "Truth Prevailed!"
Interesting how that works when they got found out! 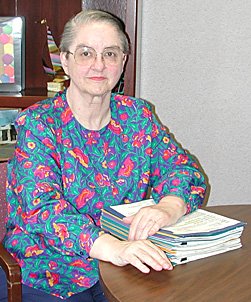 Now, Helen Dynda, well, she is just pathetic. She still sits and post for hours as long as she has somewhere to post! It was NOT "Kru" who she adored, it was his web site! You go girl!

What happens when you poor ones pour water on a brown sugar castle?
It melts, it dissolves, it is gone.

Your claims of the "to bad to be true" about me
are just the ravings of mental ill laities.

And pleas stop saying bad things about Helen. She is the only friend I have left.

Dear Kru,
Nice place that Brown Sugar Klinik. Is that you standing at the table? Are you now a Chef or a Waiter?
Dining table is a safer place for you that operating room table!