Brigitte has a problem with Endogyn

IHRT has the answers...

Brigitta Koch is concerned about not being able to secure a contact at the "Endogyn" office, and is asking "Kru" how she can secure information from him.
"Kru" responds that Lotz is on holiday, and will return soon. He directs Brigitta to call later this week.

Kru is curt in his response to Brigitte, and does not offer information that the Endogyn "office is closed and empty!"
(See photos below. These were recently taken by a former patient of Kruschinski's who is not well, and has made her intentions to get information about Kru known throughout Germany! Thank-you Genta! Not her real name)

Kru states that he is performing surgeries, and he is not! Kru swigs booze with Koh, a Dr. in an attempt to show he has support for his atrocious actions and behaviors, yet, Dr. Koh never states that they did any surgical procedures together, note that never states that he even witnessed Kru performing surgery, instead, Koh makes a claim that Kru is a fine surgeon, a lot less in the support area for Kru, as it is only the opinion of a surgeon who obviously enjoys sipping wine as they taunt patients!

Is Koh just another Kru? Perhaps! What is the ussual is that when it comes to being "cheesy" it takes one to know one, and all one needs to do is read Kohs post to be able to tell that he too is of the same caliber of person as Daniel is!
Such unproffesional presentation of these two "Dr.'s" while many, many former patients of Kruschinski's are still sufferring, and broke because of his dishonesty!!
Koh should be ashamed of himself! Kru has no shame!

Do ANY ob/gyn's who know Kruschinski care about what happens to the ARD patients once they get paid?
Has Koh showed us something that is reflective of ALL ob/gyn's who know Kruschinski and write on his behalf knowing what he is doing?
Is the "Pax" just a "good 'ol boys" club like the other Ob/Gyn groups Kruschinski belongs to?
Do these surgeons stick together, as Kru claimed, regardless of behaviors that are unethical and questionable in each other?

IHRT thinks that "Koh and Kru" have shown ARD patients all over the world where we stand in THIER opinions! At least "Kron" got the heck away from Kru when he realyzed what a putz he really was! IHRT would like to see Kruh and Kru become good buddies, as it looks like one will use the other..and why not keep there drinking between themselves and spare a patient such behaviors!

Charles Koh's, preference of fellow surgeons leaves much to be desired, given he knew about Kruschinski's ill treatment and fraud against patients before he went to visit Kru!! Never mind Koh. he is really an unimportant ob/gyn in the world of adhesion specialists anyway, not worth bothering with! Kru will be borrowing money from him soon enough, and then blackmailing him, LOL! LOL! Same -O, same-O..and Koh is next in line for the "Kru" scam!


Poor Brigitte, four or more surgeries with Kru, and Kru telling her that no one else will help her but him, and he throws her to the dogs here! Now what does she do???? What do any of you do who have been convinced that Kru is your only answer?
Where IS he performing surgeries??
Endogyn exists in Mrs. Lotz's house, is one phone and no more!
These are the real facts......

Dear Brigitta,
Endogyn is closed down. Kruschinski is not performing any surgeries and has been dismissed from all Kliniks listed in the web site.
In photos of Kruschinski and other surgeons and patients are not associated to any Klinik, if you read them, but rather are false. 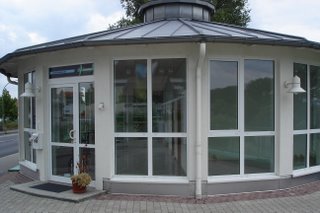 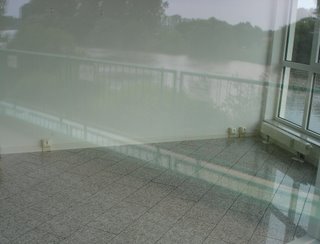 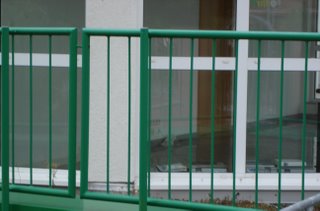 IHRT,
Your destructive laities will never quit. Now you go at night and take photos of what? The Rondell with its lights turned off? You do not prove anything with your lies of proof... as concering the other two photos, what are they? A reflection of what is seen when somebody took a photo thru the window (no better than a belly reflection with a broken endoscope), and some green railings. what does that prove? Nothing!!!!!!!!!
Anyway, I already told you that I can do whatever I want to do. Close one place, open another. I am my own master.
Now you are even slandering another DR. that you never even met, Dr. Koh. You are going to be sleeping on cement in the "Concrete Hilton" jail in Wisconsin.
Signed,
Marion

The Triple Filter TEst:
Interesting Blog about Socrates in the Dr. Kruschinski Support Group blog.
How can I apply the Triple Filter Test to my own experience in Germany?
1. Is it True? - yes it happened to me. That is the only truth I know is true. Nearly everything else is what other people who say they were harmed know as the "Truth"
to them. Except for their operative reports. These operative reports of procedures one, two, three, four, five have also been evidence of their "truth", and the lies that were told to them. "All adhesions were removed." HA!
2. Is is Good - yes, and no. It was good for Kru because he got my money. It was not good for me because it increased my pain tremendously and permanently.
3. Is it useful information - yes, if it can SAVE one person from his deceitful tactics, it is defeintely useful to them.
It is useful also to me, because I want to see him STOPPED. In my opinion, he is a horrible human being who refuses to stop hurting ARD pts. >
REad the German adhesions board and translate it using Bablefish. There is someone who recently wrote that she had adhesiolysis. Now her burning, stinging, pain is back after just a few weeks. We all know what that is. No, it is not her gall bladder, no she does not have PID, no she did not fall or have a car accident. SHE HAS ADHESIONS. Adhesions which were not removed in the surgery which he said removed them all.
May God help us all.